skip to main | skip to sidebar

Microsoft vs. Nintendo vs. Sony 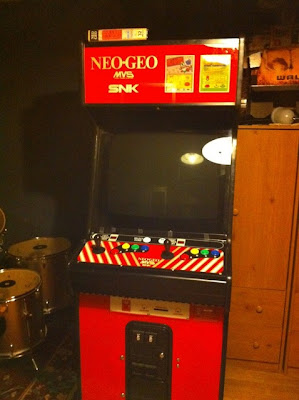 I finally picked up my first arcade machine and can't wait to get it in my gaming room. I got Bust-A-Move with box and have Metal Slug 3 coming in the mail for 2-slot cabinet. It is in amazing condition everything works great coin mech, buttons, sticks.
Posted by Dakinggamer at 1:55 AM No comments: 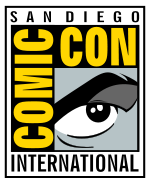 Comic-Con came again to San Diego and it was fantastic!! Movies, TV, games, comics, and so much more. I got hands-on time with many new titles such as Killzone 3 in 3D, Playstation Move, Marvel vs. Capcom 3, Dead Rising 2, Gears of War 3, Splatterhouse, Assassin's Creed: Brotherhood, and so much more. Marvel vs. Capcom 3 was easily game of the show. I really like the art style used in this game and it plays very smoothly. I can't wait to get more time with it.

Killzone 3 looked fantastic and really has been polished since Killzone 2 with the new environments. I got to try it in 3D and it was cool but not a big selling point for me. Gears of War 3 had beast mode available to demo and it was pretty fun. If you are a fan of multiplayer in Gears then you will enjoy this mode. It basically switches roles to playing as locusts instead.

Marvel and DC had some cool booths with comics and new titles like Spider-Man: Shattered Dimensions which look promising. The new Thor movie and Captain America movies I'm also excited for.

Overall, if you are a fan of games, comics, or movies it is worth checking this convention out. It is a lot of fun checking out the panels and new merchandise. PAX is next on my radar in one month which I'm looking forward to!!
Posted by Dakinggamer at 2:14 PM No comments:

Thanks to everyone who has commented and checked out my gaming blog!! I will have my Comic-Con impressions up shortly.
Posted by Dakinggamer at 1:36 PM No comments:

I will have several new reviews soon upcoming including Modnation Racers, Red Dead Redemption, and many more. May and June were busy months for gamers and I'm still trying to catch up before Fall. I look forward to comments and what you think.
Posted by Dakinggamer at 4:43 PM No comments: 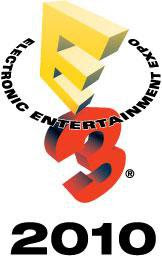 Day two of E3 2010 begins with Nintendo E3 press conference. Nintendo has had some mixed press events in the past with more of a focus shifted to the casual market and less on core gamers. That all changed today as Nintendo unveiled several new titles to classic franchises such as Mario, Kirby, Donkey Kong, and of course Zelda. Nintendo also unveiled the Nintendo 3DS which we had heard about a few months back and I'm really excited about 3D without the need for glasses or expensive hardware. They also announced several new titles and developers onvoard supporting 3DS including: Metal Gear Solid, Kingdom Hearts, Resident Evil, and many more.


Overall, Nintendo had an amazing press conference with something for every type of gamer especially the core gamer with classic franchises. They had a balanced lineup of titles for both markets of casual and core gamers. The Nintendo 3DS really excites me and I'm look forward to hearing more about price and details such as a release date in the near future hopefully at TGS in September.

Sony was the final conference of E3 and they discussed many new technologies including 3D and motion controls. The highlights were Kevin Butler, 3D gaming, and specifics about Playstation Move. 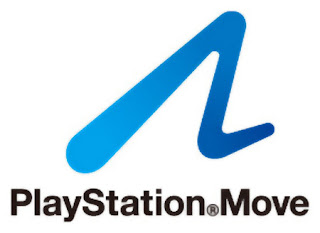 -3D Gaming is expensive
-Playstation Move needs better titles
-Many titles such as Last Guardian, Final Fantasy Versus XIII, and new games from Naughty Dog and Insomniac Games were missing in action

Overall, the Sony press conference was pretty solid but could be better. I'm not convinced on 3D gaming yet with the barrier of requiring a 3DTV and glasses. The Playstation Move has promise but until better titles are released I will wait. The price of $100 is a bit high but once it's bundled with better games I would be convinced. The lineup of games on Playstation 3 and PSP was solid and many I'm excited to play.
Posted by Dakinggamer at 10:38 AM No comments:

E3 has officially just kicked off at the Los Angeles Convention Center and Microsoft started the press conferences off. There are always lots of announcements of hardware and software with many surprises that await.

-New titles for Project Natal(Kinect) hardware displayed are very similar to Wii titles we have already seen (Wii Sports, Wii Fit, etc.)
-No price point announced for Kinect
-The momentum started great then just fell flat with all the talk about Kinect

Overall, I was very disappointed with Microsoft's E3 press event and I'm hoping tomorrow that Sony and Nintendo will deliver much better showings. I like the hardware of Kinect but the launch titles don't impress me thus far and I will need some better games to even consider a purchase. It was clear Microsoft was catering towards the casual market as Nintendo has been doing since the launch of the Wii. The core gamers had some good games like Halo: Reach, Call of Duty: Black Ops, and Gears of War 3 but no major new announcements and all the games at the conference we had already seen at other events or they had been announced.

I will post my impressions of Ubisoft and EA conferences shortly!!
Posted by Dakinggamer at 11:56 PM No comments:


What are you picking up this week?
Posted by Dakinggamer at 12:59 AM 1 comment:

Dakinggamer
Bay Area, CA, United States
My name is Zach. I work in Information Technology and my interests include gaming, tech, comics/manga, cars, anime, movies, music,etc. I'm known as Dakinggamer/Dakinggamer87 on various gaming site/forums. There will be game reviews, news, release dates, previews, videos sooner or later, and much more.

What upcoming Wii title are you most looking forward to?

Buy One Month, Get One FREE!

My gaming links and blogs!!